A Michelada (pronounced meech-ehl-ah-dah) might be one of the most underrated cocktails ever created. I’m hestiant to even call it a cocktail  — It’s easy to make, and even easier to drink — You basically can’t mess it up and it always tastes great. Like in-a-hammock-on-a-beach-wearing-a-sombrero great.  It’s GREAT.

If you haven’t experienced THE GREATEST BEER-TAIL EVER (that’s like a cocktail but with beer… makes you wonder what they use in cocktails…), it’s basically Bloody Mary’s cousin with beer instead of hard booze, spice instead of salt, and no fancy vegetable protrusions.

It has many, many variations – none of which are bad – most of which contain puzzling ingredients – and when all muddled together make a big tall glass of AMAZING. The Michelada temporarily disappeared from my life when I moved from Arizona to Boston two years ago; something I didn’t realize I missed until it recently began making appearances on bar menus here in Boston.

Kirkland Tap & Trotter served up what might be the best Micheleda on the East Coast (I fully intend to verify this).  The brunch-time bartender mixed their house green chili sauce with limes, Worcestershire sauce, a Bohémia, and a salted rim. Nothing traditional about it, but all of the Michelada goodness was still there.

The only thing that would make it better is if it were served in a huge plastic scorpion bowl with multiple straws.. and paper umbrellas.. on a beach. Cheers to that!

I just moved to Boston from the south and am in need of a good michelada. Wondering if Kirkland Tap and Trotter is still the best or if you’ve found a better?

So far, KT&T is still in the lead, though there are tons of talented bartenders around the city and I’m sure someone out there can make a mean michelada. Good luck and report back if you find another good one! 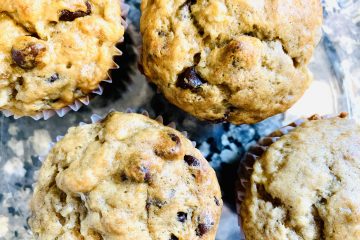